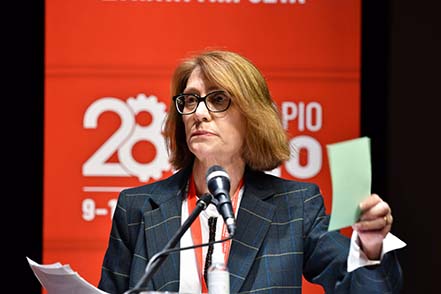 Interview with the General Secretary of PEO Sotiroulla Charalambous

Interview with the General Secretary of PEO (Pancyprian Federation of Labour) Sotiroulla Charalambous:
Through our organisation and unity we can take the workers forward
Sunday 1 May 2022, “HARAVGI” newspaper
QUESTION: The pandemic is, we hope, coming to an end. How would you summarize PEO’s activity during this period?