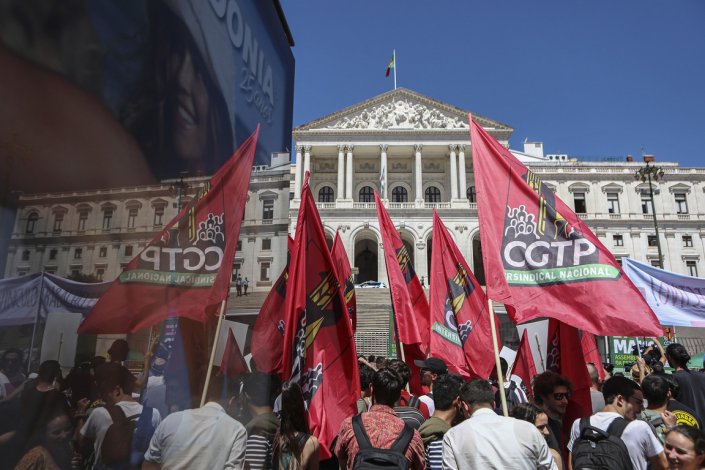 The CGTP-IN conveys, on behalf of the Portuguese workers, its solidarity to the struggle and mobilisation of the Cypriot workers, organised in their national trade union centre - PEO - the Pancyprian Federation of Labour - on 15 October.

The demonstration you organised coincided with the ones we also organised in Portugal on the same day, with the aim of demanding higher wages, better purchasing power and the end of the blockade to collective bargaining.

We express our full solidarity with the thousands of workers who in Cyprus mobilised against the hike in the cost of living and for measures that may counter the increase of prices, for the taxation of profits, for wage increases, for decent minimum wages, for the strengthening of collective bargaining and for their rights.

We fully share your proposals and demands, we support your demand of policies that may respond to the workers’ problems, yearnings and aspirations.

We reiterate, on behalf of the CGTP-IN leadership, our firm and most fraternal solidarity with the workers nd people of Cyprus